I've improved ListExt a bit to be able to recommend a compression method for that folder if needed. The purpose of this was to simplify some of the things I do on a daily basis, and I hope it will be useful for you too.

It is done as follows, 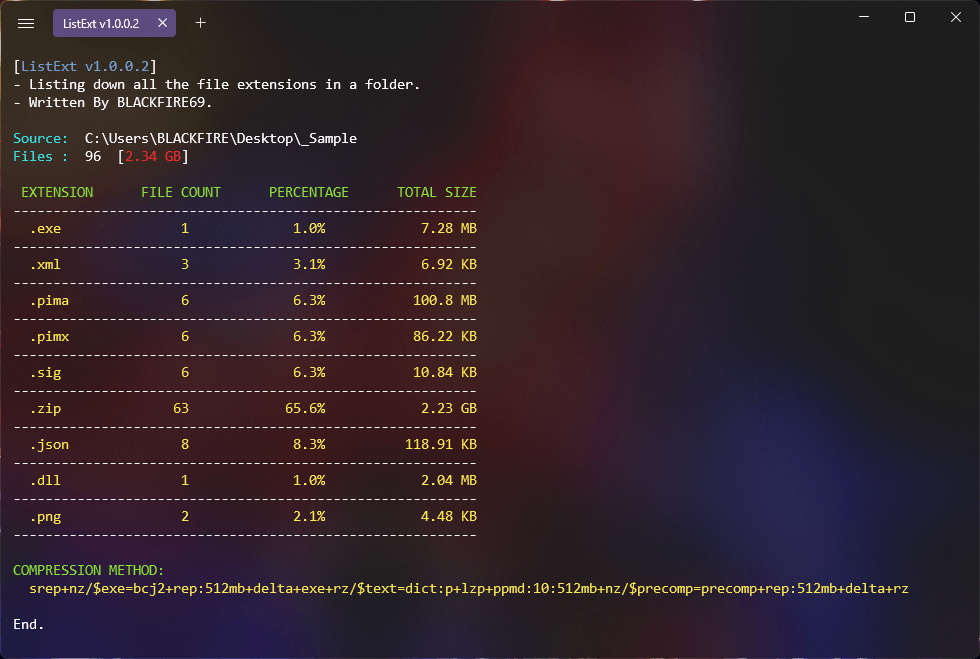